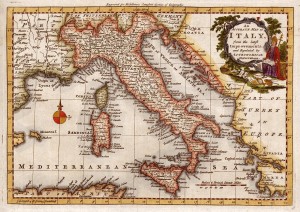 In the years 1770 and 1772 Charles Burney undertook two long journeys through Europe with the aim of collecting material for his planned General History of Music. His first trip took him through France and Italy as far as Naples, the second through the Netherlands and southern Germany to Vienna, Bohemia, Saxony, Thuringia, up to Berlin and finally via Hamburg and Bremen back to England.

Wherever he went it was in search of music, on the town streets and squares, in the churches, the libraries, the music rooms of the nobility and the town houses of musicians and composers, and he vividly described his experiences and encounters in his diaries.

En route he met with many outstanding figures of the day such as Diderout and Rousseau in France, the star castrato Farinelli and father and son Mozart in Italy, Gluck and Metastasio in Vienna, C. P. E. Bach in Hamburg…